The island of Taiwan is already inhabited by people for thousands of years but only the last 400 years is well recorded in written form since in the 1500’s records of Portuguese sailors first named the island as Illha Formosa: beautiful island and later the Dutch East India Company arrived. I did some research and would like to give you a short year by year timeline of the recent history of Taiwan. If you want to learn more at the end of this page you can click the links to some of the sources I used.

The island of Taiwan was formed about 4 to 5 million years ago on the boundary of the Eurasian plate and Philippine Sea Plate. The Island is separated by the Taiwan Strait from mainland China which at it narrowest point is 130 km wide. At its deepest the strait is only 100m deep. The Penghu Islands are located In the Taiwan strait, 45 km from the Coast of Taiwan and 140 km from mainland China.

During the Late Pleistocene Glaciation, approx.. 129,000 until c. 11,700 years ago, sea levels were about 140m lower than present day and a land bridge connected Taiwan to the mainland. Fauna could cross the strait freely until the beginning of the Holocene around 10.000 years ago when the island became isolated from the mainland.

Dapenkeng Culture in Taiwan
Approximately 4000 to 3000BC the Dapenkeng culture appeared and spread around the coast of Taiwan and Penghu. Dark brown thick gritty pottery and tools made from oyster shells and bones from this civilization are found at archeological sites. It is believed the inhabitants were mainly fishers but also cultivated rice and hunted for food.

Taiwanese aborigines
From around 5000 to 1500 BC the so-called Austronesian expansion began when Taiwanese Austronesian cultures started to migrate over sea to the Philippines and eventually to the other islands of Southeast Asia, Micronesia, Polynesia, and Madagascar.

Records from Mainland China showed that there was some knowledge about the Island Formosa. However migration between the island and the mainland was low due to the Isolated location and also the Taiwan local inhabitants were known to be head-hunters.

The year 1542: The age of exploration
In the logbooks of a Portuguese ship the name Illha Formosa or beautiful island is mentioned for the first time. The Portuguese did not land on Taiwan but from that moment the Island was known as Formosa by the European countries.

The year 1624: The Dutch arrival on Formosa
In search of profits the Dutch East India Company were looking for a base to expand trade with China and Japan. After failing to take over the Portuguese colony of Macau the Dutch first tried to built a fort on the island of Penghu and occupy the Pescadores. However the Fukienese Provincal governor would not allow the Dutch to stay at Penghu as it was to close to Mainland China. He suggested the Dutch to move to Formosa which was not part of the Chinese Empire at that time. After some negotiation the Dutch agreed on moving to the Island of Formosa a seaside Fort (Zeelandia) and a trade outpost was built on the southwestern part of the island. Later another Fort (Provintia) was established nearby too.

The year 1626: Spanish arrival
In 1626 the Spanish established an outpost and fortress on the island Formosa near Keelung.

The year 1642: Spanish were defeated by the Dutch
In November 1641, the Dutch lead by governor Paulus Traudenius undertook a military expedition against various villages on Formosa to increase their influence in the western part of the island. The Dutch, already at war with Spain to gain independence in Europe, captured the Spanish fort of San Salvador in Keelung in August 1642. The entire coastal plains were now under Dutch Control.

The year 1649: Formosan trade profits at its peak
In 1649 the trade with Formosa was almost a quarter of the total profit of the Dutch East India Company, only slightly behind their profits from trade with Japan.

The year 1662: The Dutch were expelled by Ming loyalist Koxinga (Zheng Cheng-gong)
In 1661 Koxinga and his fleet of 400 ships and 25000 soldiers landed near Fort Provintia and captured the Fort. For almost a year Fort Zeelandia was besieged until Frederick Coyett the Dutch governor finally surrendered. In return for the fortress and values the Dutch soldiers and civilians were allowed to leave safely.

The years 1661-1683: Kingdom of Tungning (or Kingdom of Formosa)
Koxinga, loyal as he was loyal to the Ming Dynasty hoped to recapture Mainland China from the Qing using the island as his base. He knew it took time to grow stronger so Koxinga founded the Kingdom of Tungning in Southwest Taiwan. Just after he founded his kingdom he died of Malaria in 1662 and his son Zheng Jing took over control.

For more info about Dutch Formosa, read this article.

The year 1683: Qing dynasty forces take control of Taiwan
After the dead of Zheng Jing in 1681 the lack of an official heir created a power vacuum of which the Qing dynasty took advantage of by invading the island and take control. Taiwan became part of the Fujian Province.

The year 1884- 1885: Taiwan is declared a province of the Qing Empire
During the Sino-French war in 1884 – 1885 a French attempt to invade Taiwan was repelled when they were defeated in the battle of Tamsui. Qing forces held the French pinned at Keelung during 8 months before the French finally withdrew. The Qing recognized the strategic importance of Taiwan and declared it a Province of the Qing Empire.

The year 1895: Treaty of Shimonoseki
After the defeat the treaty of Shimonoseki was signed wherein China recognized the independence of Korea and they ceded Taiwan and the Penghu islands to Japan and additionally had to pay Japan war reparation’s.

The year 1943: The Cairo Declaration is released
In 1911~1912 Chinese revolutionaries overthrow the Qing empire and establish the Republic Of China (R.O.C.). During WWII in 1943, R.O.C. leader Chiang Kai-shek agrees in Cairo with U.S president Franklin Roosevelt and British Prime minister Winston Churchill that after the war the Island of Formosa (Taiwan) and the Penghu islands will be given back to the R.O.C.

The years 1948 – 1949: Civil war
A civil war rages in China between the ROC government and the CCP. In 1949 the R.O.C government relocates to Taiwan followed by 1.2 million people.

The years 1960-2000: The economic miracle
Economic an political reforms results in Taiwan rapidly emerging as advanced economy with leading technology and industrial sector. The rapid growth of prosperity is named the economic miracle. 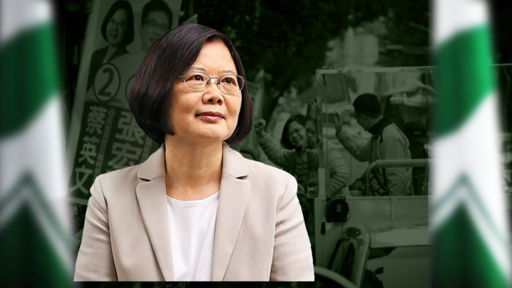