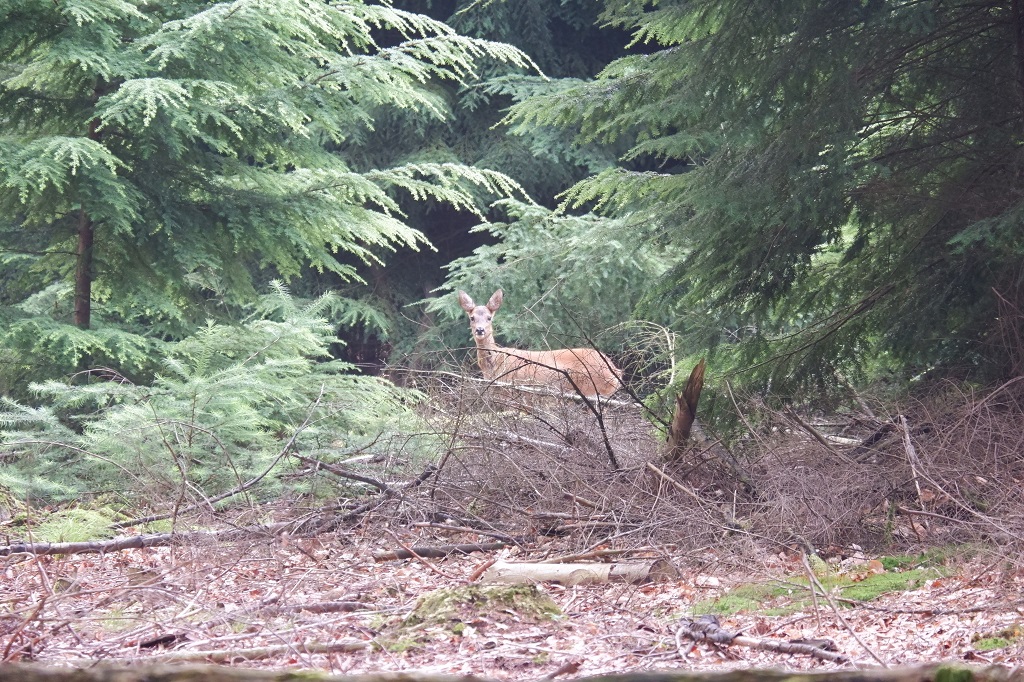 Although most of the tourists go to the Netherlands for Amsterdam, canals, windmills and Tulips the Netherlands has much more to offer. If you like the outdoor and Nature then today I would like to show to you five amazing National parks you can visit while traveling the Netherlands.

National park the hoge Veluwe is the biggest national park of the Netherlands. It lies in central Netherlands and it consists of forests, moor lands, grass meadows and sandy areas. It is home to many important animal and plant species. It is also home to many endangered species. It is a fenced park and if you want to visit it you have to pay an entrance fee. In august the parks turns purple when the moors flower. And you will walk in a purple wonder land.

Things to do at National park the hoge Veluwe:

Want to find out more about National Park De Hoge Veluwe? Click here to go to their website

Slightly smaller than De Hoge Veluwe, National park the Utrechtse Heuvelrug is the second biggest forest area of the Netherlands. It lies southeast of Utrecht and consists of hills and forests. The hills were created when over 150.000 years ago in the second-last ice age the ice pushed the sand and stones up. In the early middle ages the hills were used for farms and cattle and there were no forests. It wasn’t until the late 19th and early 20th century Large forests were planted for wood production. Current day with carefully planned nature management a healthy forest area is created with a mix of open spaces with moorland.

The forest is home to many animals. Over 100 bird species live in and around the forest and also you can find deer, foxes, squirrels. Even endangered animals like badgers and pine martens live in the park. National Park Utrechtse Heuvelrug is home to two families of Badgers and with wildlife cameras their life in the forest can be followed from your home.

The park is mainly used for recreation purposes such as hiking, cycling, bird watching or horseback riding. It’s a perfect place if you want to get out of the big city and enjoy the nature. This was already the case as early as the 17th century when rich merchants built country houses in the area. Divided over the hillsides over 100 country houses, castles and historical estates can be found. Most famous estates which can be visited by the public are: castle Amerongen, Huis Doorn and Castle Zeist. Also Palace Soestdijk and castle Groeneveld are nearby and are open to the public on certain days of the year.

Things to do at National park the Utrechtse Heuvelrug:

Want to find out more about National Park Utrechtse Heuvelrug? Click here to go to their website

Going from the forests to a totally different environment, the Weerribben-Wieden area consists of moors and peat bogs and it is the largest and most beautiful of its kind in Northwest Europe. Historically pieces of peat from the moors was cut and put to dry, resulting in fuel which could be used for cooking or heat. The centuries of peat cutting resulted in a man-made landscape full of waterways, reed lands, marsh forests and lakes.

These historical circumstances have led to some current-day beautiful villages, one of those villages has become world famous, it is also called the Dutch Venice. Its the idyllic town of Giethoorn. Other towns which in the area and also worth visiting (but less traveled by international tourists) are Blokzijl, Belt-Schutsloot and Zwartsluis.

Things to do at national park de Weerribben-Wieden:

Want to find out more about National Park Weerribben- Wieden? Click here to go to their website

The Hollandse Biesbosch is a national park which lies between the rivers Nieuwe Merwede and the Beneden-Merwede. It is situated at the river mouth of both the Rhine and the Maas (Meuse). Interesting about this park is that the Biesbosch, although it is fully fresh water, is affected by the tides. At flood tide, the seawater pushes and holds back the water from the rivers. at Ebb tide the river water can flow into the sea. Since the Delta works were built the tidal variation is only 20 centimeters whereas it was before up to 2 meters! Nevertheless The Biesbosch is the largest fresh water tidal zone in Europe.

You’ll find many water birds in this area such as reed birds, kingfishers and egrets. However the most famous animal living in the Biesbosch National park is the beaver. Over 300 beavers live in about 100 lodges spread through the area. Signs of them nibbling and gnawing on the trees and willows can be found throughout the park.

Things to do at national park De Biesbosch:

Want to find out more about National Park De Biesbosch? Click here to go to their website

National park Hollandse Duinen lays just west of the city of The Hague and Leiden. This National park is a bit of an odd one compared to the other ones. It is a so called National park ‘new style’. This name comes from the fact that the park not only is pure nature but it consists of the dunes, the sea, the villages, the farmlands and all the things which makes this area unique. This makes the area super diverse, you can enjoy the dunes and the sea but also forests and bulb fields, you can see wild deer and foxes but also seals and many migrating birds. Because this ‘new style’ it is still a national park in development. Nevertheless it is very much worth while visiting.

Things to do at National Park Hollandse Duinen:

Want to find out more about National Park Hollandse Duinen? Click here to go to their website