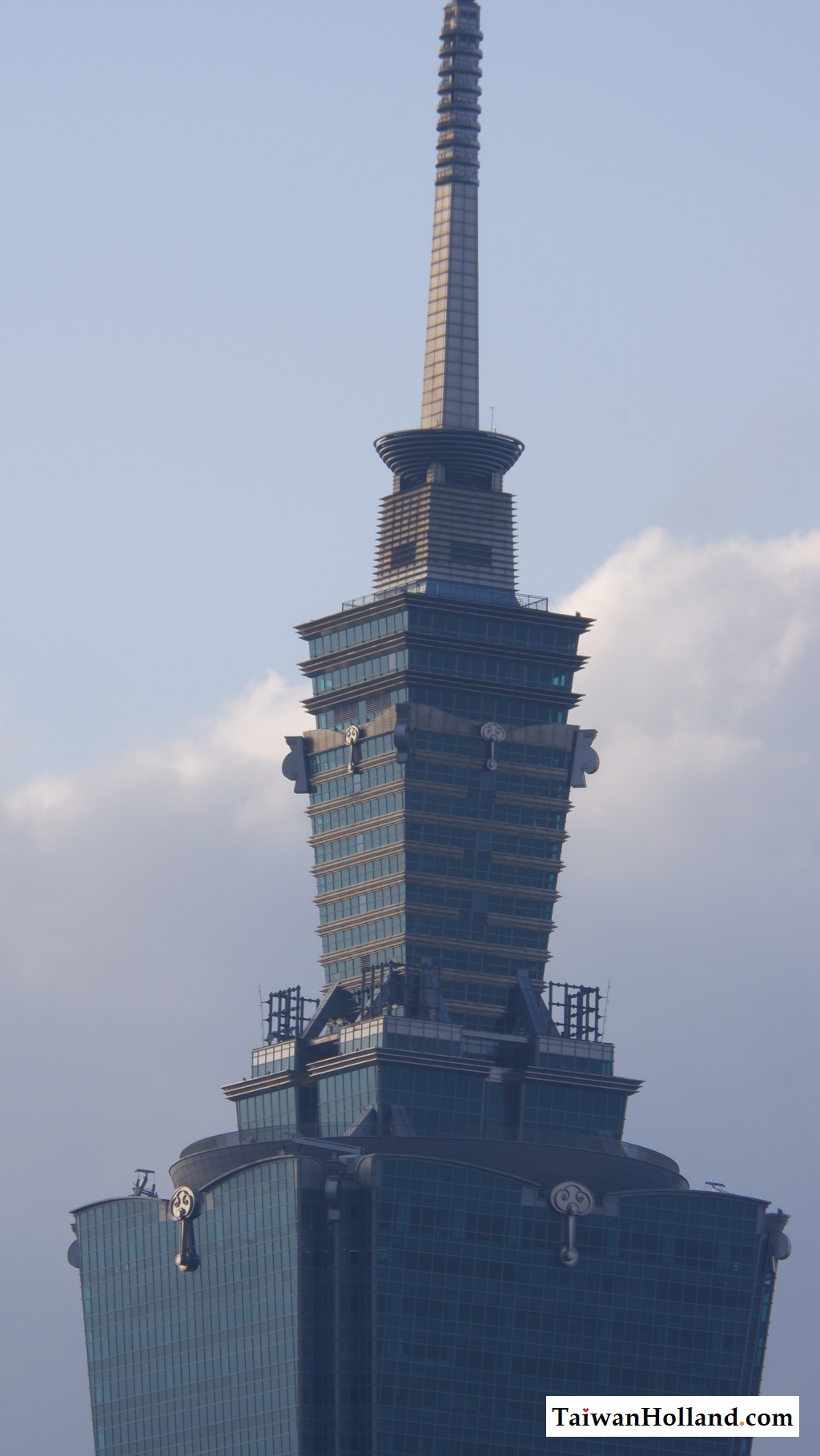 When I think of Taiwan Immediately one of the things which come in mind is the Taipei 101 tower. The unique design makes it an amazing tower to see. Whether it is in the day time or during the night-time, when every day of the week the Taipei 101 is lighted with a different LED colour, the tower is easily visible from wherever you are in the city. It has truely become one of the landmarks of Taiwan.

Building of the Taipei 101 commenced in 1998 and after 6 years of construction it was completed when it opened in 2004.

How to get to Taipei 101 tower

From Taipei Main station you take the red line metro towards Xiangshan and get out at Taipei 101/world trade center. If you take exit 4 you will arrive just underneath the Taipei 101 tower.

Is Taipei 101 worth visiting?

Yes, definitely. No trip to Taipei or Taiwan is complete without visiting the Taipei 101 area. The Taipei 101 lies in the Xinyi district a trendy area with many clubs, bars and restaurants. When you go to the top of Taipei101 theview of Taipei city is amazing. You can see the city all around you with in the background the mountains of Taiwan. At night the view becomes even more spectacular as the city lights shine far below you. I would only recommend to go to the top if the weather is clear.

There are also many more things to do in the Taipei 101 : There is not only a shopping mall with luxury brands at the bottom of the Taipei 101 tower but also a large foodcourt, a supermarket full with Taiwanese (food) souvenirs. You can buy alcoholic products such as the locally distilled Cavalan whiskey but also find many different Tea’s such as the Famous oolong Tea. Also a famous dumpling restaurant is located at the entrance of Taipei101.

Best ways to experience the Taipei 101

Did you know the pond in front of Sun yat-sen-memorial hall looks like an Iphone and the Apple store looks just like a macbook from above? Go and look for them!

If I had to choose between day or evening time I would probably choose to go in the evening. It is just fun to see all the city lights, cars and advertising billboards light up the city.

Besides the obervation decks on the 89th and 92nd floors there is another observation deck which was previously only reserved only for VIPs. It is known former president of the US bill clinton as well as actor Will smith have been able to visit this platform which is located at 460m height.

However since October 2019 the top observation is open for everyone to book! So if you are a real daredevil and the normal platform is not thrilling enough you can experience this special panoramic view.

Only twelve people are allowed to join at once, and you will need to wear a safety harnass.

The experience consists of:

You can book your tickets here.

Coffee with an awesome view: the Taipei 101 starbucks

Nevertheless the view is still amazing and it is realy worth effort to make a reservation. You don’t have to pay an entree fee however a minimum spending of 250NTD per person is expected for a stay of about 90 minutes.

How to make a reservation for the taipei 101 starbucks?

Make sure you are on time at the elevators of the tower, someone will come to pick you up.
Don’t be late, your reservation will be canceled!

Famous is also the yearly new year fireworks from Taipei 101. As the building can be seen from everywhere in Taipei its the perfect National landmark to show the new years eve countdown. The countdown is shown on the side of the taipei 101 and at twelve o’clock sharp fireworks is shot from the sides of the tower. I haven’t been able to see it in real life but it is on my wishlist of things to experience in Taiwan.

The best sunset view of Taipei 101

I think many people would agree with me if I say that you will get one of the best views of Taipei 101 from Elephant mountain.

Take the red line Metro to Xiangshan Station, if you take exit 2 you will get out at Xiangshan ecological Park. From there you can follow the signs elephant mountain to a steep stone stairs which is the entrance of the trail.
It is quite a steep stairs.

A tip of mine: I would buy some drinks at the Family mart near the entrance of the trail so you can enjoy a cold drink when you arrive at the top.

Xinyi district : What else is there to do in the Taipei 101 area?

The Xinyi district is mostly known for the Taipei 101 tower but also has some other interesting places where you can go.

The architects of the Taipei101 are C.Y.lee & partners. This company is founded by architects C.Y. Lee and C.P. Wang in 1978.

How did the architect came with the design of the Tapei 101?

How many colors does Taipei 101 have?

Every day of the week the Taipei 101 is lighted with a different colour. The colours are based on the seven colors in the spectrum of visible light, so if you want to know which day it is you only have to have a look at the Taipei 101. The tower is every day lighted from 18:00-22:00.

Green! It is thursday today!

How much did Taipei 101 cost to build?

The total cost to build Taipei101 was approximately 1,8 billion USD. At first it was estimated lower however after the design change to make it 101 floors instead of 66 the cost to build went up.

Taipei Financial Center Corporation is the developer and also owner and operator of Taipei 101 tower.

Is taipei 101 the tallest skyscraper in Taiwan?

Yes, Taipei 101 is the tallest skyscraper in Taiwan. The 2nd tallest building in Taiwan is the T&C tower (also called Tuntex sky tower or 85 skytower) in Kaohsiung with a total height of 408m.

What is the building next to the Taipei 101?

How many floors does Taipei 101 have?

Easy question! Taipei 101 has 101 floors, I dont know if it is true but according some sources the number 100 is regarded to be a perfect number in Chinese culture. The reason they added one is to symbolise the building to be more than perfect!

I’m always told that nobody knows, or that it is Top secret! haha. Lets don’t digg deeper. I like the mysterious part of it!

The ‘big ball’ is a damper. It is used as counterweight during a Typhoon or earthquake. It helps the top part of the tower to sway less.

Is Taipei 101 safe during an earthquake or Typhoon?

It is build to withstand such forces. Below I found a video of the Damper in action during a typhoon.

What is that famous dumpling restaurant in Taipei 101 called?

Din Tai Fung is the name! And its food is delicious! Be aware this restaurant is quite popular and in the weekend its waiting time can be up to 3 hours! So be sure you get a ticket in time. While waiting you can have a look in the shopping mall at the bottom floors of Taipei 101!