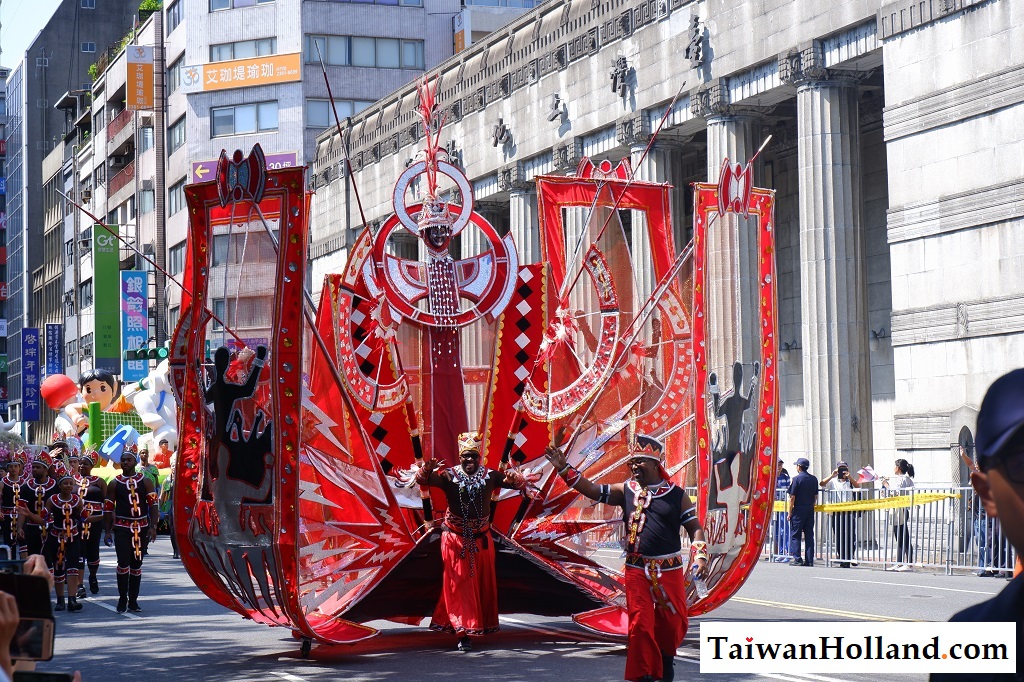 Taiwan has a rich cultural diversity and during the year you can witness many festivals and celebrations. When planning a trip to Taiwan I would definitely take into account when and where some of these wonderful cultural events are. I would like to give you some suggestions about the largest and popular ones throughout the year.

Chinese new year is the most important holiday in Taiwan and is celebrated every year on the first day of the first moon. Most of the time this will be near January in the end or beginning of February. Celebrations go until the 5th day.

Many people also use their free time to travel and as people move back to their hometowns expect train tickets and hotels to be fully booked. It is not suggested to travel in Taiwan during Chinese new year.

The lantern Festival is held on the 15th day of the first Lunar Month and is celebrated to mark the end of the Chinese New Year. This festival is very popular (also for tourists!) as temples shops and restaurant display traditional lanterns.

Several large celebrations are held such as the Kaohsiung carnival or the the Pingxi Sky Lantern Festival in new Taipei.
Sky lanterns are hot air balloons on which People will write prayers and wishes before they are sent up into the sky.

When many Lanterns are lit and slowly move up into the night sky. It is a magnificent spectacle to enjoy.
Expect every year a lot of tourists and locals traveling from far towards Pingxi to witness this.

Birthday of Mazu celebrations in Taiwan

There are many gods in Taiwanese beliefs but as the island of Taiwan is surrounded by water it is not surprising that the sea goddess Mazu (Matsu) is one of the most popular.

Every year around March the birthday of Mazu is celebrated. Expect an explosion of Noise, fireworks and dragon dances at the local temples.

More than 300 Taiwan temples worship the goddes Mazu. The biggest and most beautifull Temple dedicated to her is the Chaotian Temple in Beigang. This temple was built in 1694 and now is over 320 years old.

Many religious Taiwanese people head towards the Temple of Beigang as traditional Chinese music will be played and a large parade will be held.

The festival celebrates the life of Quyuan, a hero from ancient history. It is celebrated by organizing Dragon boat races on the rivers. Traditionally a food called Zongzi a kind of sticky rice with filling wrapped in bamboo leaves is eaten.

The one thing to avoid is ghost month!

During the 7th month of the Lunar calendar it is believed by Taoists and Buddhists that the gate of hells open and ghosts visit and wander around in our world hungry for food, money, entertainment and maybe a lost soul.

Taiwanese people refer to these ghosts as “good brothers/sisters” as they don’t want to offend them.
To keep the spirits happy ceremonies are held where food and drinks are served and also paper money is burned to please them.

Some thinks you should and shouldn’t do in Ghost month:

It is up to you if you believe in this. I don’t mind traveling in August and you might find that due to lower demand hotels and accommodations have lower rates but Personally I don’t think I would go out wandering and whistle in the night…

In Taiwan the Mid-Autumn festival, also referred to as Moon festival is celebrated on the 15th day of the 8th Lunar month. This corresponds to mid September / early October.

Bakeries will start making moon cakes which Taiwanese families will eat together. Along the rivers the government will open up its parks for public barbecuing under the full moon and people will take evening walks enjoying the moonlight.

Story goes that over 800 years ago at the end of the Yuan dynasty the Chinese rebels put notes in mooncakes to spread the word on which day they would overthrow the Mongol Yuan dynasty. The up rise succeeded and the Ming dynasty was founded.

Read here more about the mid-autumn festival celebrations in Taiwan.

Traditionally this day was celebrated with a Military Parade in front of the Presidential Office building and through the streets of Taipei. The last decade it has slowly switched to a Civil Parade with music and dance showcasing Taiwanese unity.

Personally I had the chance of witnessing this day back in 2019 and I really enjoyed it. The already vibrant city of Taipei is extra buzzing as in the weeks the streets of Taipei are dressed up with Taiwanese flags including The Chiang Kai Shek Memorial plaza. As 10/10 is a public holiday the day itself was very busy so I had to go early to secure myself a spot for the parade. Later on the days multiple street sales and music festivities are held during the day. I would definitely recommend going to Taiwan in October so you can join this day.

Throughout the year there are also smaller festivals, celebrations or events held across Taiwan. Worth mentioning are some of the traditional aboriginal festivals.

The Bunun festival is a farming and hunting festival and is held every year between the end of April and the start of May. It coincides with the hunting season and millet planting season

The Bunun tribe originated around Taitung and Hualien county in southeast Taiwan and they are known for their strength, endurance and fierce nature. Traditional food is served and songs are sung.

During the Bunun festivals wrestling and archery competitions are held by the men to test their strength and hunting skills. The activities teach sportsmanship and survival skills for young men. Woman show their skills in planting and weeding or chopping wood while dressed up in traditional Bunun clothes.

A special archery competition is the “ear-shooting” festival. Where traditionally from a 30m distance ears of pigs and deer needed to be hit with bow and arrow. Nowadays the ears are replaced by animal shaped targets drawn on cardboard.

These festivities attract more and more outside visitors and tourists who want to witness and experience these events.

Every year in july the Ami(s) tribe host the Amis Harvest Festival. For them it is the most important ceremony. The festival is just after harvest and held to thank the gods, the spirits of their ancestors. They will wear their colorful festival clothes decorated with feathers. The way to show their respect is by dancing and singing.

After the rituals, people will come together to eat delicious food, dancing and music, and play games. The festival lasts around one week.

Saisiat Sacrifice to the short spirits

This is the most important event of the Saisiyat tribe and is held once every 2 years with once every 10 year a larger ceremony. The festival lasts four days and 3 nights. On the first day the elders offer wine and meat to welcome the spirits. On the second day the spirits are entertained with dance and other festivities. On the last day a traditional ceremony is held to send off the spirits.

The annual festival of the Puyuma tribe revolves about the monkey and the hunting ceremony. Traditionally the Puyuma tribe were the most warlike and every year in December these ceremonies are held for boys to enter into adulthood.

During the monkey ceremony the boys have to take some strict trials including piercing a monkey (nowadays made of straw) with a bamboo spear. after passing of this ceremony they are allowed to enter the hunting ceremony wherein they need to hunt a wild animal within the next 5 days.

When passing both ceremonies the young boy is considered to be a man and eligible for marriage.