Religion in Taiwan: A short guide 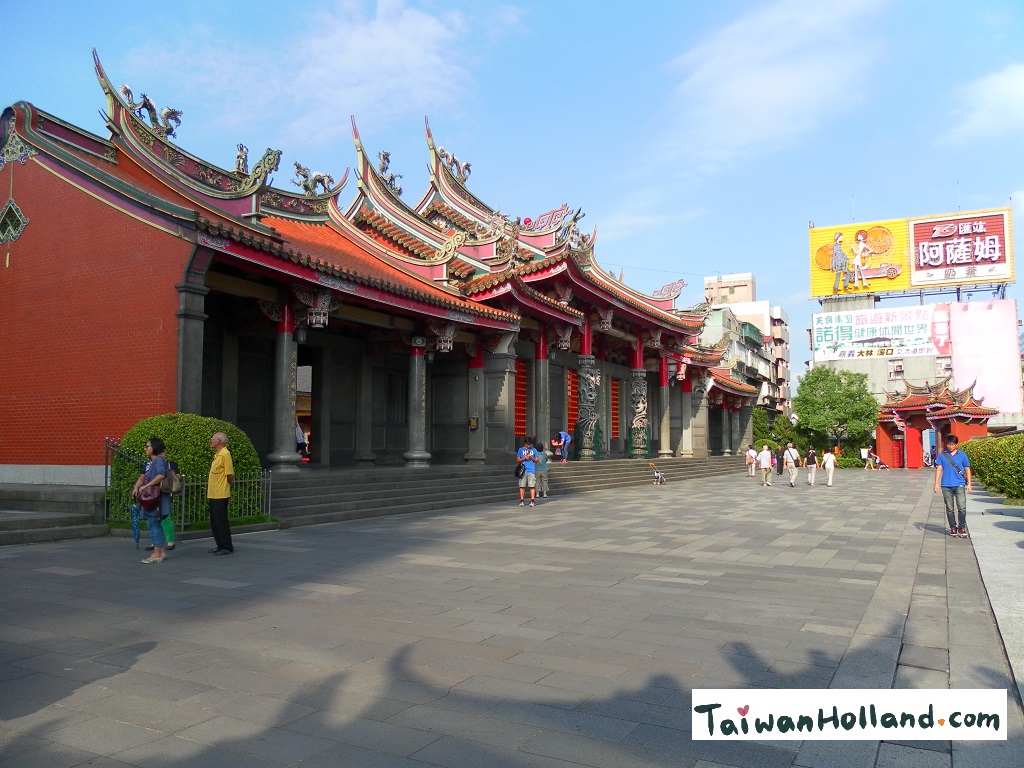 When Traveling in Taiwan you probably see many Temples and most likely you will come across some kind of religious celebrations and/or ritual. Therefore I would like to give you some background information about the Religions which are practiced in Taiwan.

What is the most popular religion in Taiwan?

Taiwan has a long history of immigration and all people brought different beliefs to the island. The main religions in Taiwan are Taoism, Confucianism and Buddhism often in combination with local Folk beliefs.

So which are the main religions in Taiwan?

Buddhism originated in India and follows many traditions, beliefs and teachings. The goal of Buddhism is to overcome suffering caused by desire and ignorance. There are many different schools with their own paths to liberation.

Buddhism appeared around 2000 years ago in China and came to Taiwan around 400 years ago by Han settlers in the Dutch colonial time. Since then Taiwan has had influences of many different Buddhism teachings such Chinese Buddhism, Japanese Buddhism and many more.

Buddhism is actually the fastest growing religion in Taiwan. from around 800,000 in the 80’s to around 8 million people right now. This is largely contributed to charismatic leaders and many Buddhist leaders fleeing being prosecuted in Mainland China arriving in a Free Taiwan.

Around 35.1% of Taiwanese population Buddhist.

Taoism is a religion which originated in China. Around the 17th century it also arrived in Taiwan when Immigrants from Fujian came to Taiwan.

In Taoism there are many deities, or gods which are worships. Most Deities are persons who actually lived and where once important for China. For example there is the God of War: Guan Gong, which was a famous general during the Three kingdoms period.

During Japanese colonial time Taoism was suppressed by the Japanese because it was so close to the Chinese culture. Now actually, this meant the people could not openly practice Taoism so what happened was that during those years they secretly worshiped their gods in Buddhist temples.

After colonial rule was over it kind of stayed this way. Today all sorts of deities are worshipped in the same temple.

This is quite unique to religion in Taiwan and I strongly believe this is the main reason Taiwanese people are friendly to any kind of religion.

Around 33.0% of Taiwanese population consider themselves being Taoists or Chinese Buddhist.

Confucianism is actually not a religion but more a kind of Teaching. There are no gods which are worshipped but it teaches that all humans are equal. Confucius believed that all humans were equal and they should strive for perfection, and a virtuous self-disciplined life,

It is not a religion but influences the life of people equally and it also does have a large following in Taiwan.

Confucius Temples in Taiwan are found all around Taiwan. They can be recognised by the red Tables with teachings written on them. Confucius his birthday is celebrated at Confucius temples on September 28th.

In some cities like Taipei and Taichung there are big ceremonies held to celebrate.

There are many different tribes and villages which have their own believes which are often combined with the Buddhist or Taoist beliefs. You’ll see these in the form of statues of gods and as practices at the local temples.

One example is the Wangye worship, where supernatural or sometimes spirits of important historical human figures are worshipped as deities.

In one Famous Wang Ye festival in Pingtung, once in three years, a replica ship is set to flames to the send of “Divine Emissaries” to heaven.

In the 17th century both the Dutch (Protestantism) and the Spanish (Catholicism) brought Christianity to Taiwan.

Dutch influence was in Southern Taiwan was more significant than Spanish influence in the North: expanding from current day Tainan to the southwest and north of the island, the Dutch tried to spread their influence by setting up a tax system and tried to established schools and churches in many local villages and thus spreading Christianity.

This not always was easy, with many rivalry between the Dutch and between the local villages.

The Spanish left the island around 1642 and the Dutch were forced of the island by the Ming general Koxinga in 1662 after which most Christian churches and books were destroyed.

A long time later, around 1860, Spanish Dominican priests from the Philippines brought Christianity back to Taiwan. More Chinese speaking Christians fled to Taiwan in the 1949’s when the nationals retreated to Taiwan.

Nowadays around 4% of Taiwanese are Christian.

Is there freedom of religion in Taiwan?

Yes, in the Republic of China (Taiwan) freedom of religion is an important practice and according to the constitution it should be protected. This comes mainly from the fact than many Chinese (and Taiwanese) people have a range of religious practices which come from multiple beliefs and religions.

Some sources even state that Taiwan is the most Religiously dense country of south east Asia. It has over 18,000 temples, churches and other places of worship.

Other religions in Taiwan

As stated before there is freedom of religion. There are various other small groups of religious groups such as Muslims (mainly from Indonesian workers), Judaism, Shinto (with its background from Japan.) and many others.

If you are interested in visiting Taiwanese temples, I wrote an article about the most popular Temples in Taiwan.